How to avoid laziness while studying?

The wind is dry, Sun is burning itself and I just had lunch. No way! it’s not the right time to study but definitely after a good nap. Friend’s on the gate, evening’s gone. Favourite show on the television, dinner time, it’s already late but tomorrow, definitely tomorrow, I am going to complete this whole chapter. Tomorrow is the busiest day on our calendar

So what to do? Here are three things I would like to present in this video.

What if I told you that you could just sit in your balcony sipping a cup of tea and that would increase your productivity. You would never believe me right.

While Albert was in college, his professors cast him aside as a lazy student destined for a mediocre career in Physics as he frequently skipped his classes and played his violin in cocktail parties and luncheons. At the age of 21, he was on the verge of giving up on his dream of becoming a physicist. And after graduation, Einstein even got rejected for the job role of Lab assistant and worked as a clerk in the Swiss patent office. Suddenly in 1905, he submitted 4 papers one by one which entirely changed the perception to see the world since then. But How? 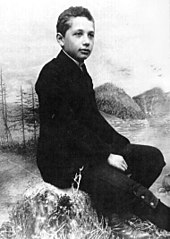 You might think that Einstein studied a lot or did many things during the day. You’re wrong.

So, Einstein had a habit of spending a lot of time away from his friends, family or work to do nothing but think. He would regularly go for long walks, wander off to quiet cabins in the mountains or play his violin.

What do we learn here? “Doing nothing” shouldn’t be mistaken as being Lazy. Instead, if we decide to spend some time every day in solitude, doing nothing. Without your phone or music. And just reflect – you can think about something you read earlier or focus and plan for the day or just go over your music lessons or anything, we would become far more focused and productive.

When you sit down to study, set an alarm for 15 minutes and then begin.  As soon as the alarm rings, stop studying. This will give you the necessary motivation to start. I tried this and found that I was pushing myself to go beyond the 15 minutes each time, trying to beat my own previous record.

You can plan your studies or exercise or any other activity with one of your friends and set a schedule on the calendar. It will prevent you from procrastinating the work. Our monkey mind tends to be lazy but the monkey is a social monkey. So the best way to motivate your inner chimp is to mix social and work. This hack is 100% fail proof. Try it today.

It’s called the “calendar trick”. Actor and comedian Jerry Seinfeld uses to motivate himself to write. The trick is, once you successfully executed your study plan for the day, make a big cross on the calendar on that day. A few days later, you can see a chain formed and your only task is not to break it. 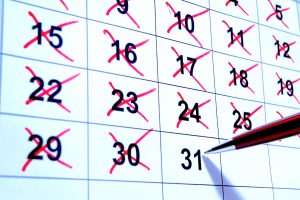 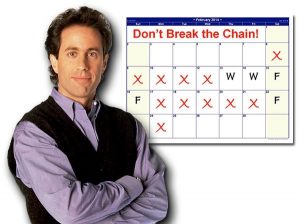 o   Keep your device out of reach while studying.

o   Disconnect your internet connection and keep it on silent mode.

The distraction due to Complicated and Difficult task- “This chapter is so tough.” “I am unable to solve this problem.” I will perhaps do it tomorrow. We often easily get distracted whenever faced with some complicated task. Psychiatrists and neurosciences identified it as one of the top 8 categories of laziness and blamed “dopamine”. Dopamine is a Desire chemical released in our body to do any task. More the dopamine released by the activity, the more the desire and urge to do that task. Generally, activities with high rewards like video-games, social media, shows etc releases more of this chemical and the more the brain is used to high-dopamine activities the more it will try to avoid a difficult and complicated task. So, as a solution, we need dopamine detoxification which is to avoid all such high-dopamine activities once or twice a week unless we achieve a better balance of both kinds of activities.

10 Smart Self Study Tips | How to Study Effectively at Home? | ChetChat Study Tips

How to be motivated all the time?

How and when to use Do, Does and Did